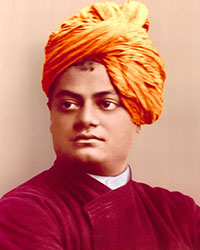 DCF’s engagement with USC, was inaugurated in the year 2012, and commenced formally with the appointment of a visiting faculty in the School of Religion, David and Dana Dornsife College of Letters, Arts and Sciences, coinciding with Swami Vivekananda’s 150th birth anniversary. The DCF Swami Vivekananda initiative at USC concluded its first phase of engagement with a two year  visiting professorship for study of Hindu Dharma that ended in December 2014. The next phase of engagement with USC will include the creation of a permanent endowed Chair in Hindu Studies. The fund raising effort for this Chair is currently under way. 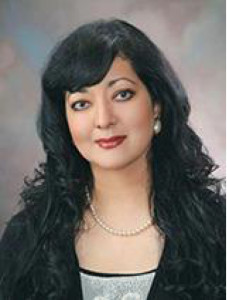 DCF funded and established the Swami Vivekananda visiting professorship for the study and teaching of Hindu Dharma at USC. This position is currently occupied by Dr. Rita Sherma, who was chosen by USC after a nationwide search. Dr. Rita Sherma was initially appointed for a one year term starting Jan 1, 2013 and later was re-appointed for a second year starting Jan1, 2014. During her tenure, Rita Sherma taught several under-graduate level courses on the principles of Hindu Dharma, the art and music of Hindu Dharma, sacred literature and applied Dharma. USC has recognized Professor Rita Sherma by conferring on her the 2014 Professors of Color, recognition award hosted by the Asian Pacific American student assembly. Her nominators described her as inspirational, passionate and dedicated, and that she has created active thinkers and leaders by constantly challenging her students to think critically and creatively. This phase of engagement also included two major international conferences. The first conference on the subject of “The life and legacy of Swami Vivekananda” was held in October 2013, and was attended by 30 international scholars. A second conference on Yoga and Holistic Health is being planned for the fall of 2014. Several benchmarks were set to assess the status of the DCF – USC relationship, during this phase to ensure that escalating the relationship to the next Phase was appropriate. These benchmarks included choice of professor for the visiting professorship, freedom for the professor to create and teach such courses and (s)he deemed appropriate, engagement with the Indian and Hindu student community at USC more broadly, visiting lectures, special events as well as the two major conferences.

 Authored Volumes with Contract Received While at USC:
 Hinduism and the Divine: A New Introduction to Hindu Theology (London, UK: IB Tauris, manuscript
 Meaning and Method in the Study of Religion: The Case of the Hindu Tradition (Dordrecht, Netherlands: Springer, manuscript

Ashram on a Hill: Camphill Communities International and the Influence of Indian Religions on the Work of Rudolph Steiner.” (Sophia: International Journal of Philosophy and Traditions, forthcoming, Spring 2015)

The Life, Legacy and Contemporary Relevance of Swami Vivekananda: International Conference on the 150th Anniversary of His Birth- Oct 2013