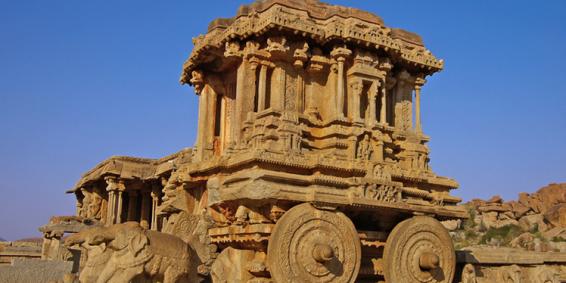 The phenomenon of how the secular orientation expressed through the hermeneutics of suspicion distorts the study of Hinduism is best illustrated through the use of some examples. Here is a Marxist view of the Caste system – Varna and Jati as it obtained in India.

A Classification system like that of Varna is ultimately the invention of a specific group of people whose power and privilege were in part based upon their very ability to “seize the enunciative function” and expatiate on how the universe is organized. But more than this, since human beings are themselves inevitably implicated in their own classificatory schemes, those who generated the categorical system also placed themselves in the advantageous position within it. I assume in other words, a social and political dimension to a classificatory system which is presented as pure knowledge. Brian Smith, Classifying the Universe, 1994

In the Marxist version of the hermeneutics of suspicion, there is this constant search for the exploiter – exploited class divide, as the hidden meaning that lies beyond the text and the phenomenon itself, and the Indian Caste system very nicely fitted into that theoretical schema. In the Marxist paradigm, there was nothing profound or philosophically sophisticated or spiritually sublime in the entire native literature of India, beginning from the Veda and even if the modern scholar has to begrudgingly concede that there are a few flights of thought worthy of respect, they will still have to be dismissed as having been created entirely in self-interest, in the seeking of advantage and privilege of a particular group of people who wished to aggrandize for themselves the pre-eminent position in the society and the supposed advantages that came with it. Such a dismissal then renders irrelevant the deeper study of India’s native Sanskrit works especially those which purport to its Spirituality to any degree and the scholar can now happily ignore them all completely or selectively misrepresent a few verses from this text or that in order to bolster their point of view. In this paradigm, the Bhagavad Gita and the Upanisads, have no intrinsic value, other than to reveal how “clever” and “deceptive” the authors of those texts were, in bolstering their own social advantage. Another example from the Freudian school of the hermeneutics of suspicion. The following is an extract from Dr. Jeffrey Kripal’s PhD thesis, who is now the Chair of the Department of Religious Studies, at Rice University, Houston, Texas.

Ramakrishna was a conflicted, unwilling, homoerotic Tantrika … Tantra’s heterosexual assumptions seriously violated the structure of his own homosexual desires. His female Tantric Guru and temple boss may have forced themselves … on the saint … but Ramakrishna remained … a lover not of sexually aggressive women or even of older men but of young, beautiful boys… Ramakrishna’s mystical experiences were constituted by mystico-erotic energies that he neither fully accepted nor understood Jeffrey Kripal, Kali’s Child, 1995

Dr. Jeffrey Kripal’s interpretation led to his assertion that Swami Vivekananda and Sri Ramakrishna Paramahamsa – had a homosexual relationship with each other. The hermeneutics of suspicion allowed this scholar to make this proposition central to his PhD thesis, and the University not only allowed this, but celebrated it with the award of his PhD. Jeffrey Kripal’s book, Kali’s Child, based on his PhD thesis went on to win the American Academy of Religion’s best first book award for the year 1995 when it was published.  While at face value, the whole proposition is absurd and perverted from the stand-point of Indian understanding of Ramakrishna and Vivekananda, the fact that the thesis earned him a PhD, and the book received an award, after whatever peer reviews it was subjected to, is symptomatic of the tremendous hold that the hermeneutics of suspicion has within the domain of the secular academicians in the Western world. Thus applying psycho-analytic techniques to the study of Indian Saints and their Yogic experiences, they are progressively reduced or deconstructed into repressed sexual drives and aggression inescapably stemming from their suppressed unconscious and their physiological dispositions. The problem is significantly compounded when the scholars and authors of these works, present their analysis as the objective truth about Hinduism that they are now exposing and revealing for the world to see, and receive the approval and appreciation of their peers. Little wonder that the Hindu Community has been deeply disturbed by the scandalous nature of these newly unearthed “Truth Claims” about their religious and spiritual traditions, which they have believed in and practiced for several millennia.

Kalyan Viswanathan is the Executive Vice President of Dharma Civilization Foundation. He holds a Masters Degree in Computer Science from Ohio State University and a Bachelors in Electrical Engineering from Birla Institute of Technology and Science (BITS, Pilani). He is a student of Swami Dayananda Saraswati of Arsha Vidya Gurukulam, with whom he underwent extensive study of Advaita Vedanta in the tradition of Adi Shankara. He is also the President of Sanatana Dharma Foundation, Dallas, Texas